There are more Black people living in Toronto neighbourhoods that have the highest number of novel coronavirus infections — indicating that there are health inequities impacting those communities due to anti-Black racism, experts told Global News.

Worse health outcomes for Black people have only been exacerbated by the coronavirus pandemic, and more robust data is needed to fully understand how COVID-19 has disproportionately impacted Black people specifically, they said. 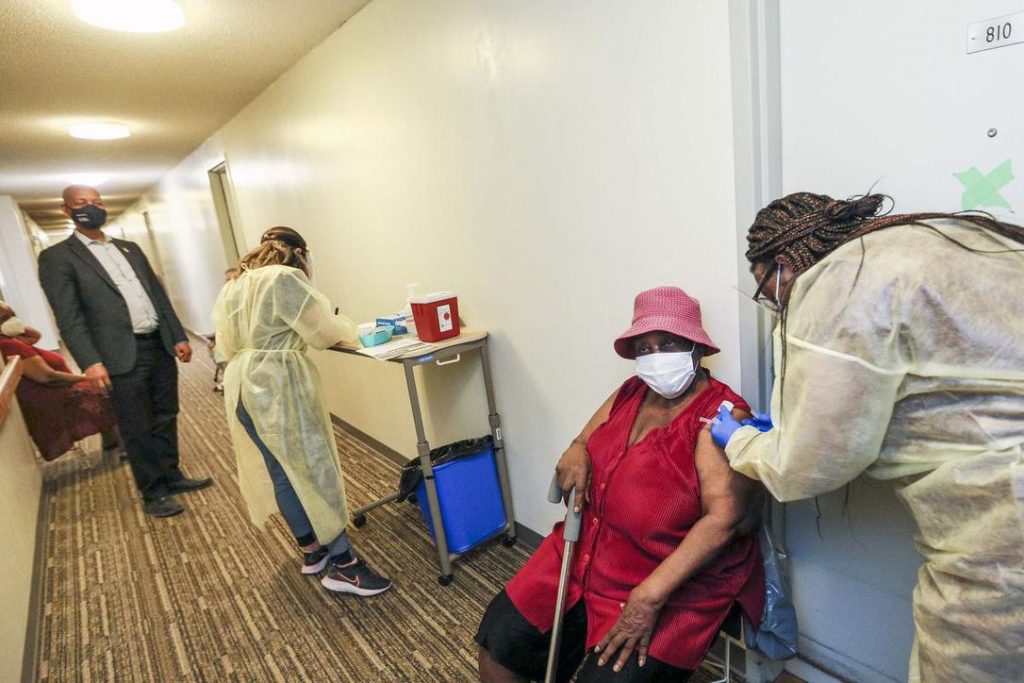 Global News analyzed Toronto demographic data alongside new data about which neighbourhoods in Canada’s most populous city have the most coronavirus cases.The analysis found a strong association between high coronavirus rates and low income, conditions of work, visible minority status and low levels of education. There was an even stronger association between neighbourhoods with a high number of coronavirus cases and those with a higher population of Black people.

The findings for Toronto mirror similar findings for neighbourhoods in Montreal. Data published by the City of Montreal showed that immigrants, refugees and lower-income people live in the hardest-hit regions.

And these demographic characteristics are not limited to Canada. New York, one of the most severely impacted cities globally by COVID-19, has higher death rates in poorer neighbourhoods. Black and Hispanic people living in New York City are also twice as likely to die from the virus, compared to white people, according to data from the city.

New data this month from the APM Research Lab, a Minnesota-based research and analysis firm, found that Black Americans are dying of COVID-19 at a rate that’s three times higher than white people. Their analysis found that one in 2,000 Black people in the U.S. has died from the virus so far.

In Canada, while Manitoba, Ontario and Toronto have committed to collecting data on how race has impacted racialized communities, that data hasn’t been released yet. The federal Public Health Agency of Canada has discussed collecting the data, but no firm commitments have been made. See link for more